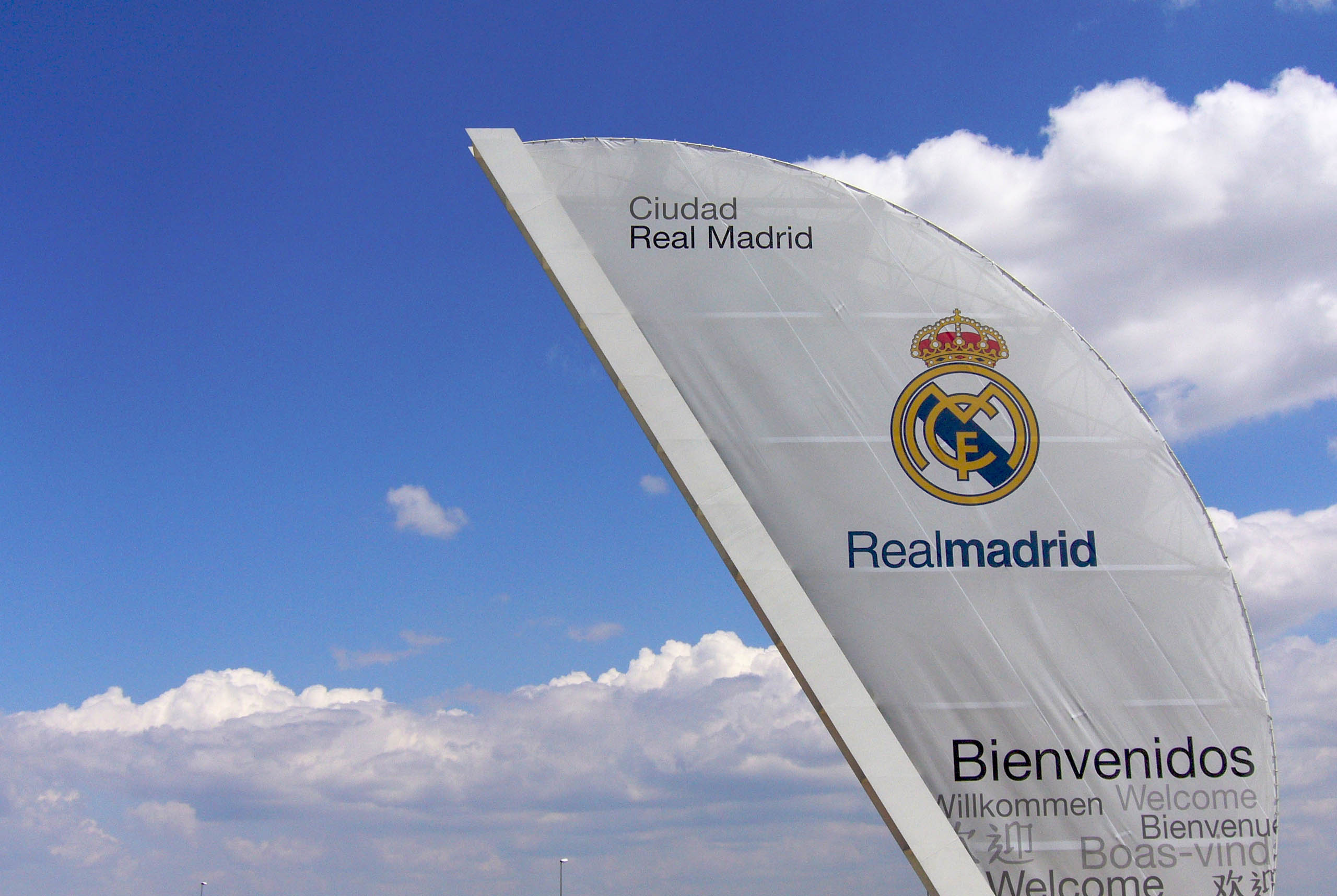 START OF THE VISIT

The first place visitors see upon arriving to Real Madrid City is the Visitor’s Parking Lot, which holds up to 300 vehicles. They then access the T-Building and La Cantera Cafe located at the end of the entrance hall. The cafeteria is 500 square meters large and has an outdoor terrace of 200 square meters. Visitors can watch the teams train through its large windows. The kitchen is capable of cooking 300 meals and several kiosks are laid out in the facilities.

The cafeteria limits the entry to visitors and marks the beginning of the area that is only accessible to Real Madrid players. Only persons linked to the club may access the Youth System Area. Visiting teams and referees have their own dressing rooms on match days. Fans may access the training fields from outside the building.

The T-Building is divided into three modules: B-1, for visiting teams and referee dressing rooms; B-2, for the dressing rooms of the Under-10, Under-13, Under-15 and Under-17 sides; and B-3, for the three Under-20 teams, Real Madrid C and Real Madrid Castilla. Its structure is the perfect example of the club’s philosophy for its youth system: a kid in the B-2 module will have to go through several teams and climb several floors to reach the First Team’s C-1, C-2 & C-3 modules. Each module has a different colour scheme: the first is grey, the second is orange and the third is blue. The First Team’s modules are metal grey.

The building is filled with natural light. German tempered G-Glass has been used on the windows; this is the first time said material is used in Spain. The tempering process allows for the glass to break into tiny pieces as opposed to large shards. The youth teams have their own gym, with an area of artificial grass used for warm-up exercises.

Located in front of the dressing rooms are the seven fields used by the youth teams. Two are natural turf and used by Real Madrid Castilla, Real Madrid C, and the Under-20 A squad. There are also two artificial turf 7-a-Side fields and three standard size artificial turf fields, each of which has its own stands.

The natural turf is the same as that used in the Santiago Bernabéu and is produced in the Netherlands. Before selecting which artificial turf to use, tests were conducted by the nine biggest companies in this sector and more than 30 football fields in six European countries were visited.

Real Madrid City has its own weather station for climate and sprinkler system control. Approximately 800 cubic metres of water are used each day to maintain the turf, while another 250 cubic metres are used as potable water.

First Team players and coaches have a private parking area with direct access to the top of the T-Building, which contains their work areas and offices. Through its windows, those with access privileges have a panoramic view of the First Team’s training grounds. Players have everything they need for a full day of training in this area.

Players also have direct access to the medical clinic, where the club’s Medical Services are located. On the ground floor are the physiotherapy hall and hydrotherapy rooms -comprised of an oval-shaped pool with three different depths, a pool used for rehabilitation and hydro-massage, two lane-pools (one warm, one cold) to swim against the current, and two standard pools (one warm, one cold).

The top floor consists of a VIP area for players and the press zone, which includes a large press room and several television sets. There is also a mixed zone where members of the press can talk to players.

The First Team dressing room is spacious and divided into wet and dry zones. It is directly connected to the gymnasium, perhaps Real Madrid City’s largest structure, the training fields, and an artificial turf warm-up zone.

The First Team has three training fields at its disposal. The first two are side-by-side, can be used vertically or horizontally depending on the condition of the turf, and have their own stands. In total, the stands at Real Madrid City can seat 6,000 fans and have standing room for another 5,000.

On windy days, the squad can move to the third pitch, which has been lowered four metres and is protected by a screened in fence. A training area for the goalkeepers and a sandpit are also located in this area.