LOADING...
Alaba back to group training
Football
Source: AS 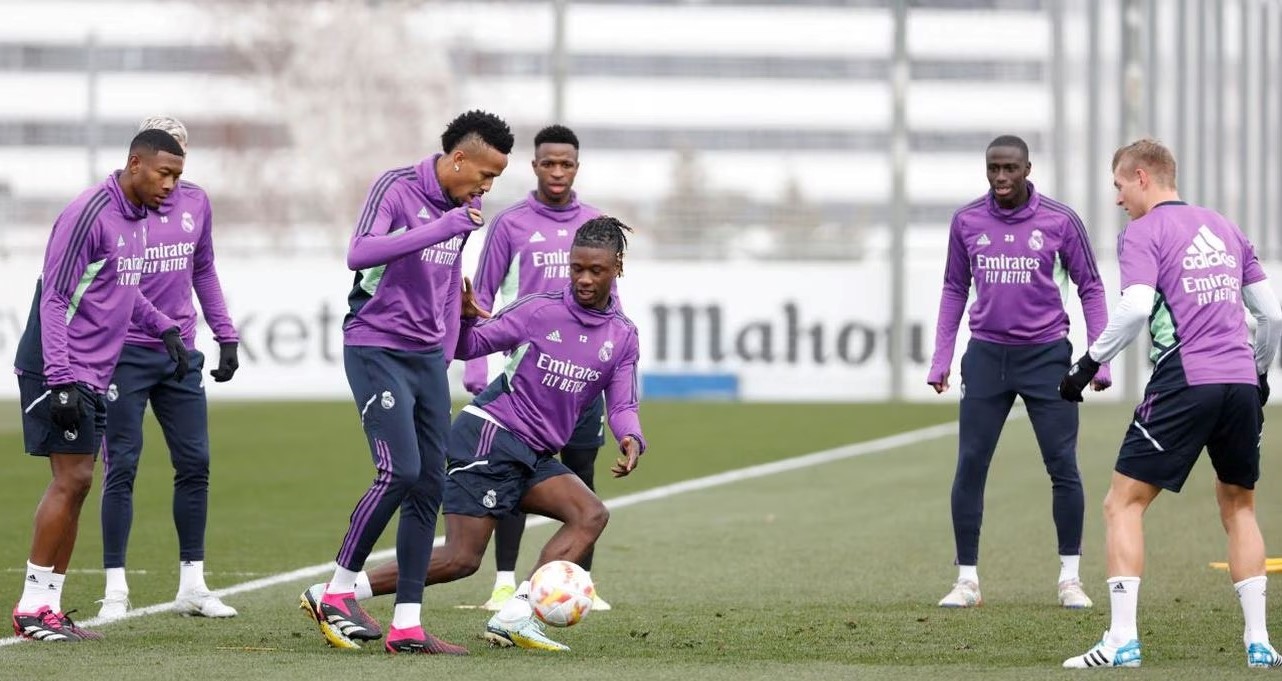 Real Madrid started off the week's first practice session with positive news as they prepared for this Thursday's cup match against Atlético Madrid (9:00 pm). David Alaba has already fully recovered and joined his teammates in the session. The Austrian central defender, who suffered a right soleus injury in the league match against Villarreal on January 7 and has missed the last four matches (two in the Super Cup, one in the Cup, and another in the League), has been working out recently, accelerating his recovery.

His teammate Tchouameni, who has the same injury, but in his left leg, has also started running and touching the ball. The French midfielder has been working hard at the Valdebebas facilities throughout the weekend, although he has not trained on the pitch with the rest of his teammates.

Similar to Alaba, Ancelotti will decide whether to rely on him or give him more time to recover, which is most likely.