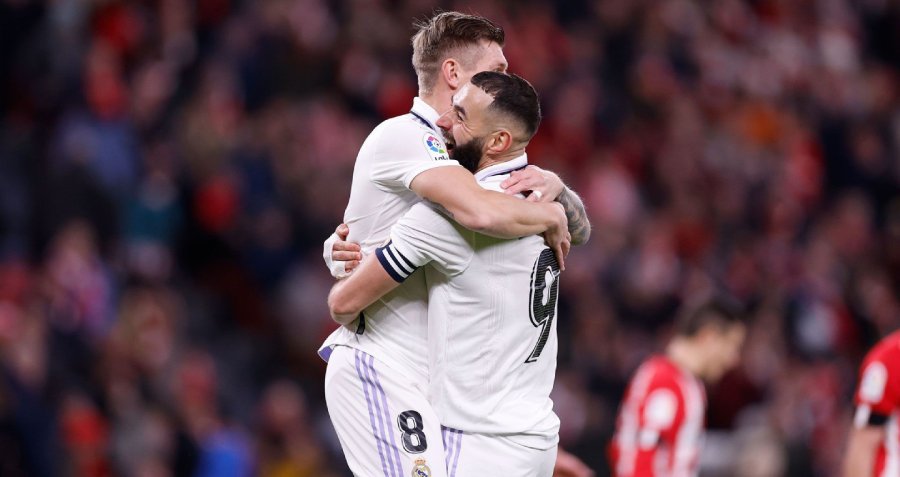 Real Madrid added an important victory in San Mamés, one of the most demanding stadiums of the championship.

A great goal in the first half from Benzema, who equaled Raúl as the second all-time top scorer for our club in the League, and another from Kroos almost at the end gave the three points against Athletic.

Fantastic win before a challenging week with duels against Atlético (Cup) and Real Sociedad (League).