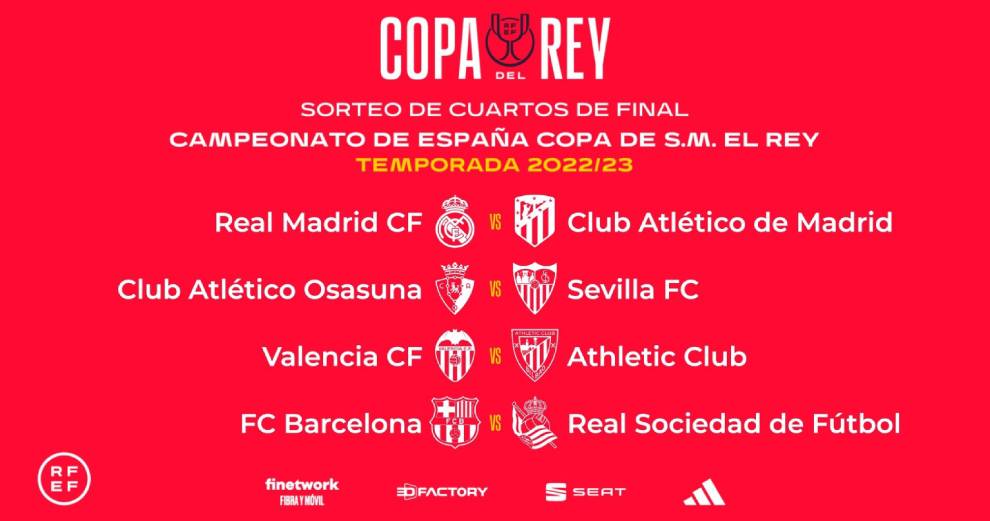 The tie will be played in a single game on January 26 at the Santiago Bernabéu stadium.

We are playing Atlético for the eighteenth time in a Cup game. Our team's record over the last 17 is favorable (11-6).